Saturday in Heaven will be marked by a set of specially invited guest from Barcelona – GrooveANDyes! Starting his career as a sound producer and mixing tracks, he also studied the saxophone and pursued his own sound. His tracks are characterized by powerful bass, rough drums and catchy Techno melodies. He stands out in the clubs with his powerful and intense sets, creating tension around him with spatial sounds. In 2014 GrooveANDyes he founded his own label Bassics Records, which has released over 50 albums to date. And after moving to Barcelona in 2019, he released a number of significant collaborations with talents from around the world.
Local support: Cherry, Kinree, Mark, Franc.
Open from 23:00 to 12:00.
Face Control / Dress Code / 21+
Information and the most comfortable tables:
+38 (067) 217 ​​31 13 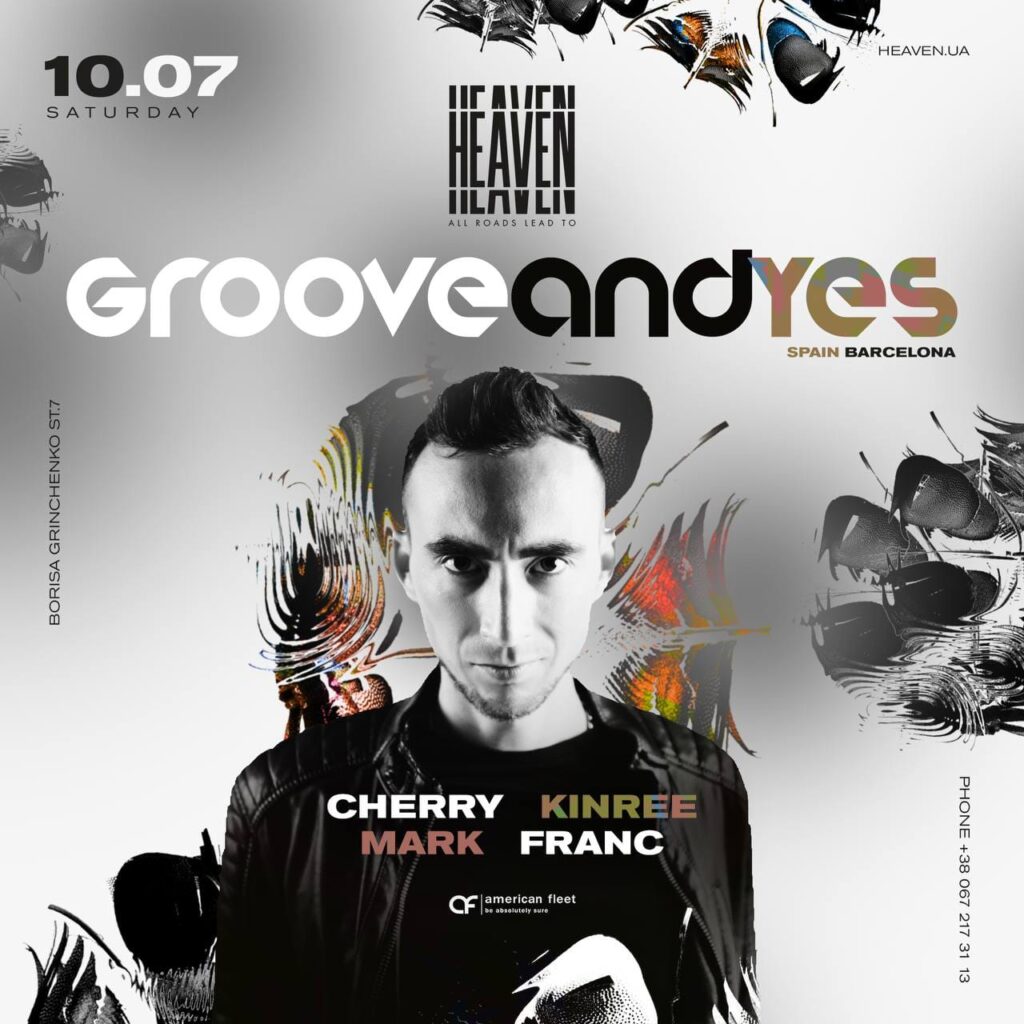