The main guest of Saturday’s party, August 14, will be an outstanding artist from Spain – AFFKT. Producer with patented musical taste, founder of the cult label Sincopat, which produces music from Techno to Dark Disco.
In more than ten years of his career, he has earned the title of one of the most promising electronic musicians in Europe. Once he was even given the name “Son Of A Thousand Sounds”, and this nickname not only stuck with AFFKT forever, but also became the name of his most famous album. And this is absolutely justified, because during his performances AFFKT manages to show all the variety of styles that influenced his formation as an artist, and his energy completely fills the entire space around him.
The overseas guest will be supported by a close-knit team of residents represented by Cherry, Kinree, Jam Rumi, Wacky J.
Open from 00:00 to 12:00.
Face Control / Dress Code / 21+
Information and the most comfortable tables:
+38 (067) 217 ​​31 13 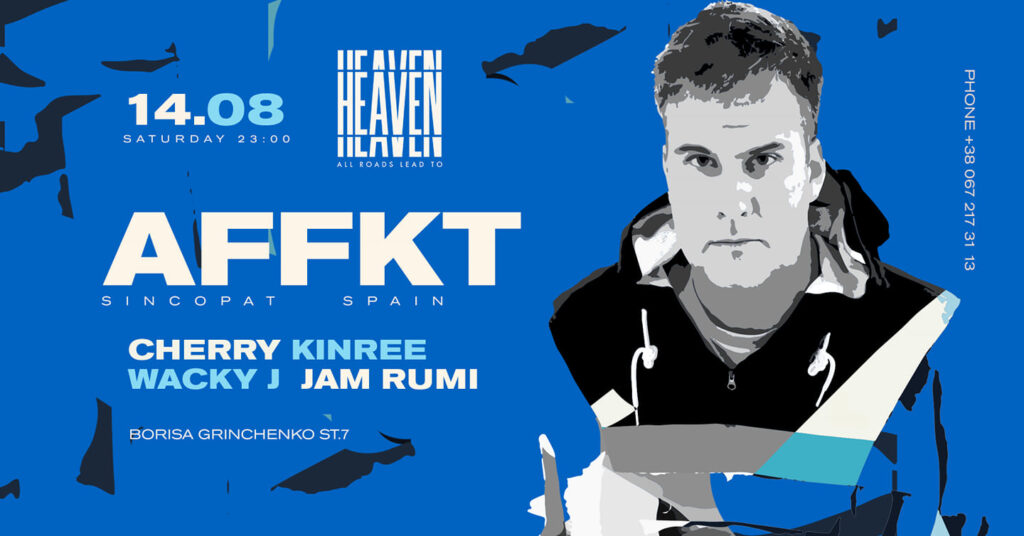